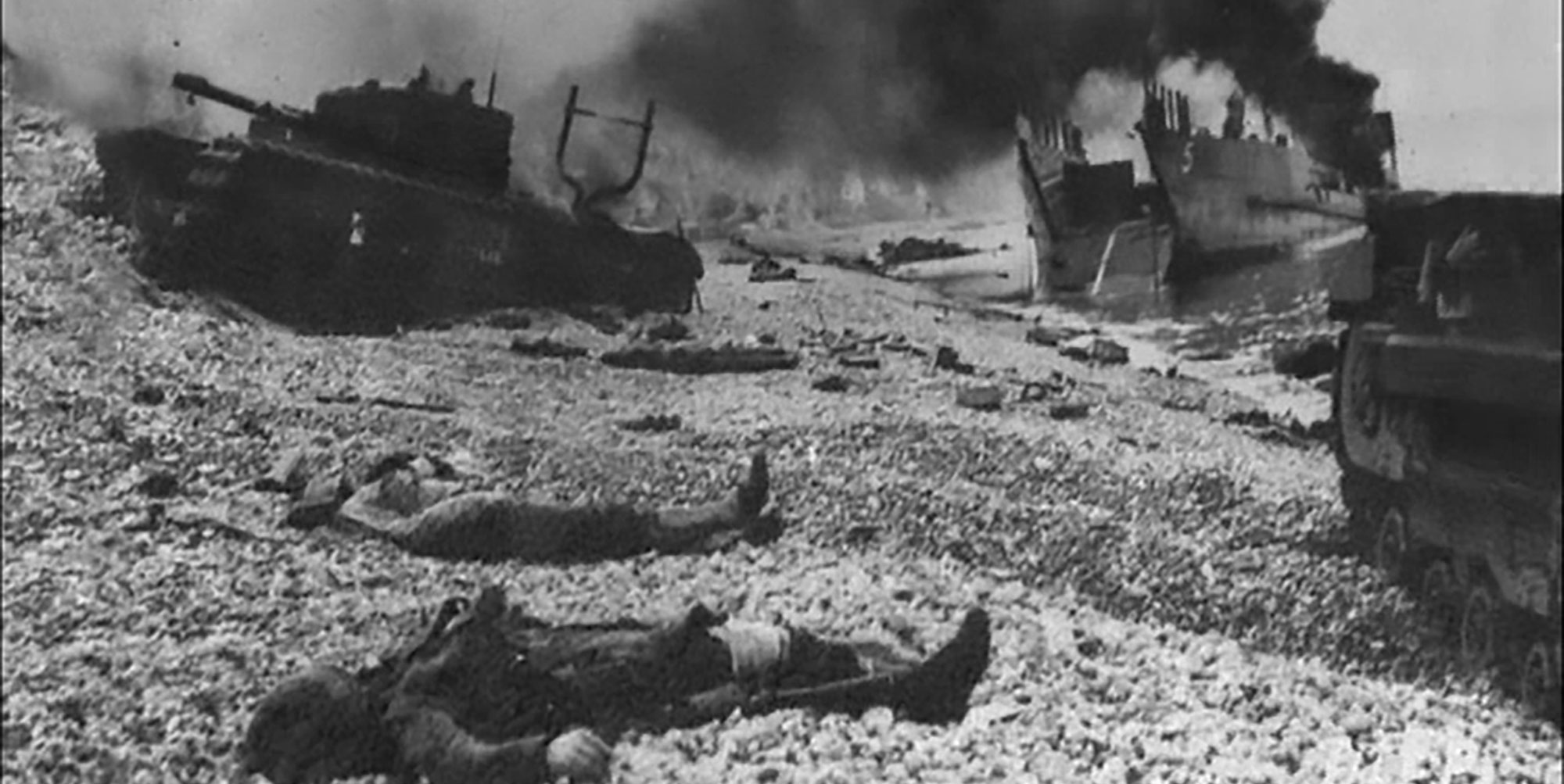 The bloody failure of the raid at Dieppe makes it clear that a seaborne Allied invasion of France will need very careful preparation -- and time. This leaves only one way for the Allies to strike back at Nazi Germany -- from the air.

The Raid on Dieppe

August 19, 1942: With almost none of the objectives for the raid met, the Allied ground troops, virtually unsupported, lay trapped on the beach by the Germans. Within 5 hours, Allied troops had been either killed, evacuated off the beach, or left on the beach for the Germans.

Historian, Norm Christie, examines the old battlefields, visiting the cemeteries and memorials that hold the secrets to the legacy and sacrifices of the Canadians in the Dieppe Raid and Bomber Command. (Not covered in For King & Country).

In this Episode Norm examines the methods that the Allies could strike at Hitler’s Fortress Europe. The only hits that could be made was by amphibious raids (of which Dieppe was the biggest) and in the air, by heavy bombers. The first part of the episode covers the Dieppe Raid, the raid that taught the Allies that courage could only go so far, and that thorough planning and preparation, with reasonable objectives was the sole route to success. Part 2 covers Bomber Command, in particularly the attack on Nuremberg in 1944. Veteran Jim Moffat recounts the life of the Bomber crews and that terrible night over occupied Europe, when Jim’s plane went down. Moffatt was the only survivor.