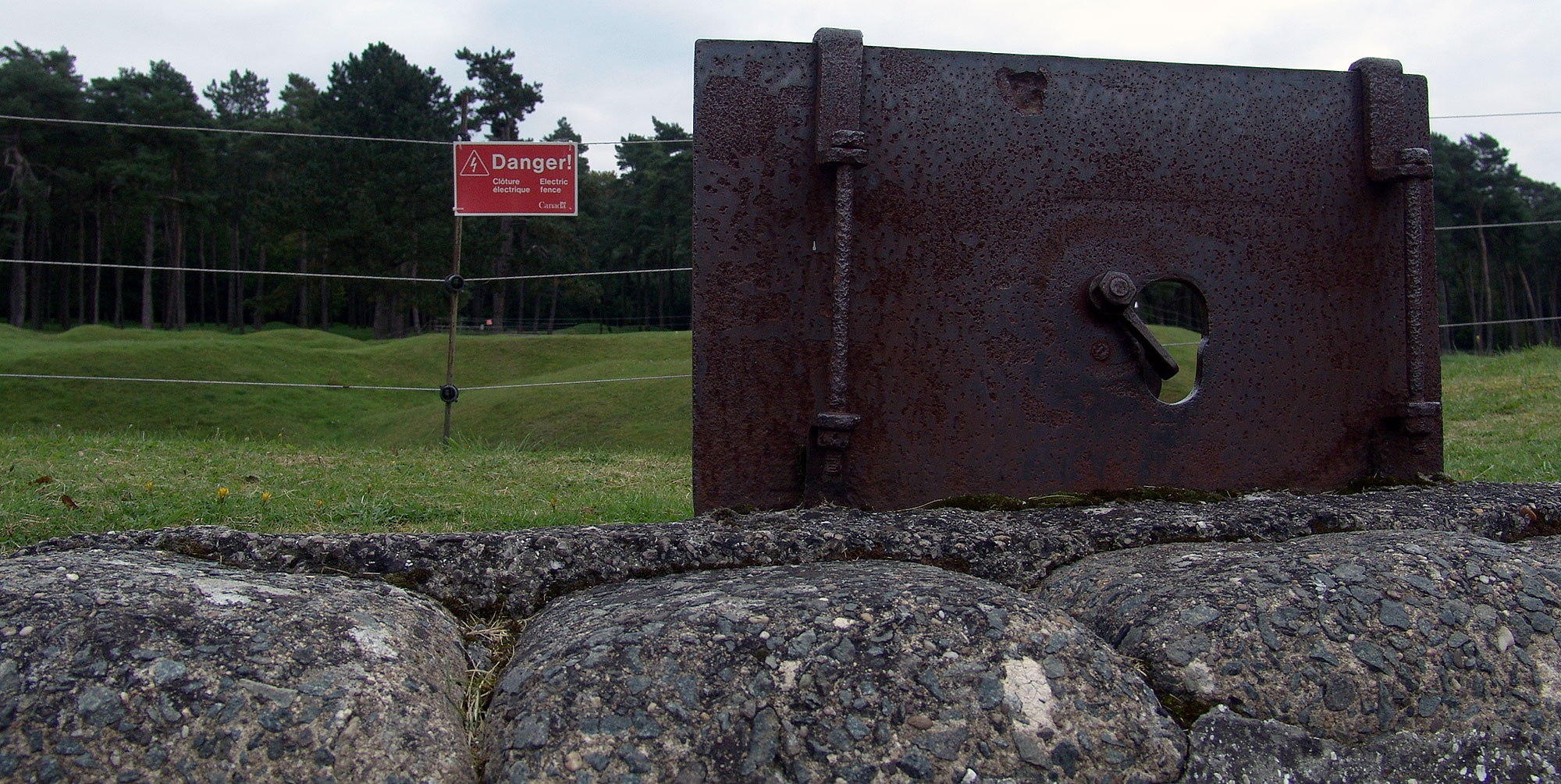 Battlefield: The Battle of Vimy Ridge

A fifteen kilometer long barrier that has been the centre of war from the time of the Romans until to April 1917.

In October 1916, the Canadian Corps consisted of three Canadian Infantry Divisions. During September and October, they had fought together in the Battle of the Somme and the Corps had suffered 24,000 killed, wounded or missing out of the 60,000 men involved in the terrible fighting.

The Vimy and Notre-Dame de Lorette Ridges are located at the northern approaches to the strategic city of Arras in the Pas-de-Calais region of Northern France.

To be removed from the Somme battles must have been a great relief to the Canadians, but the feeling was tainted with fear when they realized that their new sector was to be Vimy Ridge. Its dreaded reputation was well known to all the soldiers. The conditions of the old battlefield only added to the legend. Long dead French and German soldiers lay everywhere. Their rotted bodies added a stench to the lunar landscape of water-filled shell holes and destroyed trenches. From the heights overlooking the disfigured terrain, the Germans could detect all daytime movement and pin-point targets to shell at will. For the newly-arrived Canadians, it was a grim foreboding.

Over the centuries, its strategic position north-east of the city of Arras has warranted the attention of British, French and Spanish armies.

The Ridge runs north-west from the valley of the Scarpe River. It commands the Douai Plain and protects the industrial centre of Lille and the coal mines of Lens. The “humped-backed” Ridge rises gently from the Scarpe River valley, almost imperceptibly, and gradually reaches its peak of 145 metres. The northern part is steep and drops abruptly into the valley of the Souchez River.  In the south, the Canadian lines ran up Vimy Ridge, until the north they were only 100 metres from the crest.

The sub-soil in the area of Vimy Ridge is chalk and easily lends itself to entrenchment and mining warfare. After the collapse of the French offensives of 1915, the front line had stabilized and the war had gone underground making full use of the strong, chalk sub-soil. When the Canadians arrived at the end of 1916, the ridge was riven with tunnels utilized for the safe transport of war material and for reaching enemy positions which were then blown to smithereens.

As a result of the mining warfare, the battlefield was scarred with large to huge craters, which often delineated “No Man’s Land” and separated the opposing forces by only 50 metres.

The Vimy and Notre-Dame de Lorette ridges, at the northern approach to the city of Arras, first came into prominence in September 1914.

At that time the German Army was defeated at the Marne (near Paris), and retreated north, with the French and British in pursuit. The two sides attempted to outflank each other all the way to the Belgian coast. At the end ofSeptember, the French and Germans met head on in fierce fighting north of Arras. By the end of 1914 the Germans were in control of Souchez and Neuville-St. Vaast, and the eastern part of Notre-Dame de Lorette Ridge and the whole of Vimy Ridge.

With the Germans in such a powerful position, the city of Arras was continuously in danger. In the spring of 1915 the French decided to remove this threat. After more than a month of bloody fighting that had cost them more than 100,000 casualties, the French reclaimed Notre-Dame de Lorette Ridge, the villages of Souchez, Albain-St. Nazaire and Carency to the south, Neuville-St. Vaast and the Labyrinth (a maze of German trenches south of Neuville-St. Vaast).

As part of a larger offensive, the British and French renewed the attack in September 1915. By the end of the month the Germans remained firmly in place on the heights of Vimy Ridge. However, the French had established positions along the western slope of the ridge. During the remainder of 1916 and into 1917, the fighting went underground and mining warfare was a continuous threat to both sides. The large craters blown out of the earth are visible today.

By the spring of 1917 it became clear that it was crucial to recapture Vimy Ridge for the Allies. The allied plans were for the British to attack on a front from Croisilles, south of Arras, to Givenchy at the northern tip of Vimy Ridge. The Canadians were charged with the responsibility of protecting the northern flank of the British attack from where the trenches crossed the Arras-Lens road, north of Ecurie, to Givenchy in the north. The four Canadian divisions were placed in numerical order from right to left facing Vimy. The attack was to be staggered, with one Division after another advancing in sequence.

Keep history alive with a book or DVD!